or the punctuality of space and time

During my work, whenever I concentrate on one point, the crucial fact that the point is actually an entity without extension, the tiniest unit, an axiom in the mathematical sense overwhelms me. And right there I could already stop doubting and attacking the bases of the natural sciences, if my consequent question were not this: if something has no extension, then one may as well assume, however rough the approach may be, that on the whole it does not exist, it equals nothing; and this proposition is in itself more than nothing! 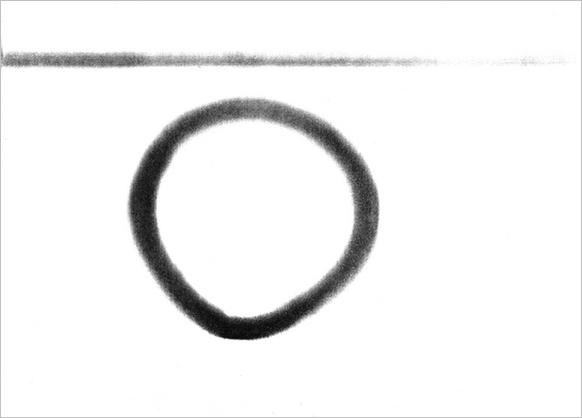 Because this infinitesimal point of no size, a paradox of dimensional statuses, constructs the lines, the planes and the space, our world, and even the infinitely large universe, in a way that resembles a hierarchic world model, in which systems of lower levels continually connect to each other forming further developed structures, ad infinitum.

The world is built up like this indeed. The theory is logically true, but allows only one direction, as it explains solely cosmological matters, i.e. the problems of the macroscopic world, because it begins the development of these systems from that set of celestial bodies in which the human race itself exists. This seems to be so in spite of the fact that, in my opinion, the micro- and macroscopic worlds are unified fields of energy stretching to infinity, with an extreme structural fineness streaming unevenly. The boundaries of consecutive systems or structures are points that coincide with given levels of cosmic energy, so-called dimensional gates.

I take two substances of different scales; a sieve texture and a crystal texture. The refreshing breeze penetrates the fibres of the sieve, but is halted by the sublime structure of the crystal. From this ensures that the motion of molecules is restrained by the dimensional structures of the same scale. This explains why water can be kept in a crystal vase. In order to reach the absolute degree of freedom of matter and mind, I plunge myself in dimensional structures, and as a result, I may experience that the next microstructure, like a breeze of light, spreads almost freely in my brain tissues of a sieve texture and my crystal-consciousness.

Thus the point can practically mean the ultimate fortress, the absolute boundary of the physical world, of existence, that is of our own dimensional structure. Science, even if not in exactly the same context, has already succeeded in tearing open the dimensional gates closest to us, and answering the implicit question that started our train of thought; ‘What is beyond the point, which has since antiquity been a puzzling miracle?’ The answer is the world outside our dimension. For instance the world of structures setting up the atoms, which is astonishingly similar to every perceivable hierarchic region, cosmic energy level and dimensional system of total cosmos both in its construction and its function. Nevertheless, with the help of our own and some auxiliary organs of sense we are able to grasp merely a fraction of the neighboring dimensional structures of this cosmos, energy field universe, defined and at once limited by the infinity of dimensions, composed and stretched into the empty space. 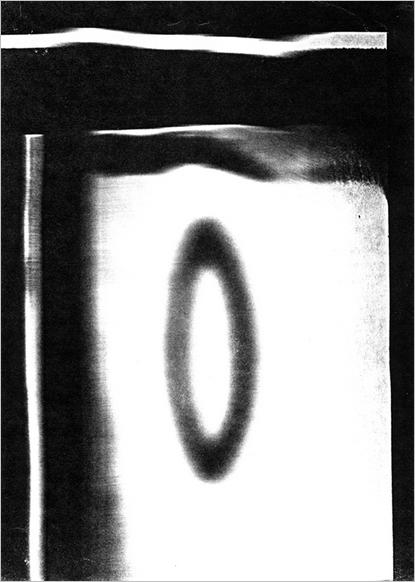 Even to have a notion of the total cosmos one must take the path via endless dimensions, dimensional structures, to such a depth and height, where one may only roam in the fibres of mental order. Thus detecting the point with our mental organs of sense, with our mental antennae of infinite sophistication and length, we may define it as a multidimensional phenomenon, the space-time concentration of all dimensions. Hence the point partakes of every dimension; either as the intersection of two lines or as the basic unit of the plane or as the indivisible entity of space. It is as a matter of fact the border or dimensional gate of the black hole and later the white hole effect, where all the space-time dimensions of any given dimensional structure collapse irreversibly.

This thesis might be proved by the notions of the absolute zero degree or the empty energy point of the present dimensional structure, where all molecular movements would cease. Keeping in mind that the central criterion of motion and change is its link with space and time, at this point the dimensional structure corresponding to our own level of energy would condense, in other words time would stop and space would collapse. And afterwards this condensed space-time point would pass a dimensional gate and explode, forming the hyperspace grid of a new time.

I demonstrate the fact of the condensed condition of time with an abstract musical project. The smallest units of a piece are its sounds, all symbolized by a single note. These sounds are embedded into the flow of time in a certain rhythm by the composer. That is how music is shaped in space and time. If I deprive the piece of one of its dimensions, placing it into a continuous time press, sooner or later I get to a stage where I have condensed its time dimension into just one point of time, which means that all notes will be sounded simultaneously on the appropriate instruments, and the work, although it retains its content, will collapse, the sounds falling onto the given moment will interfere in space, and time will wail painfully. 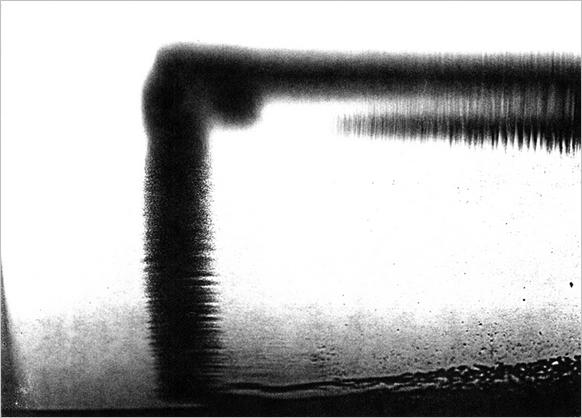 Now if I concentrate on a point, I feel that it is an energy unit of manifold density, and if through meditation I manage to open up the gate between us, I may even replenish my resources by its help. I could illustrate how this tiny point has such immense energy if I likened it to the eye of the hour-glass in space. The stream of grains of sand falling down on me is like the ideon-thread, the energy information pouring down from another space. These ideon-threads connecting and spanning the differing levels of energy provide the thread-like construction of total cosmos, the fabric of the mental order. The hyperbolic sign in space is the symbol of these hierarchic mirror-worlds, in which the dimensional gate, the sensation of the point is also an immaterial passage from one world to another.

If we have a set of planes made up by at least two other sets of planes that in turn include two further sets of planes each and so forth ad infinitum, then we may witness the coming to an end of the plane as a form, it’s becoming a set of points; if we take space, on the other hand, then the same process leads to the depletion of space or an object, and the substance, after having squeezed itself through the infinitely fine immaterial passage of our mind, is transfigured definitively.